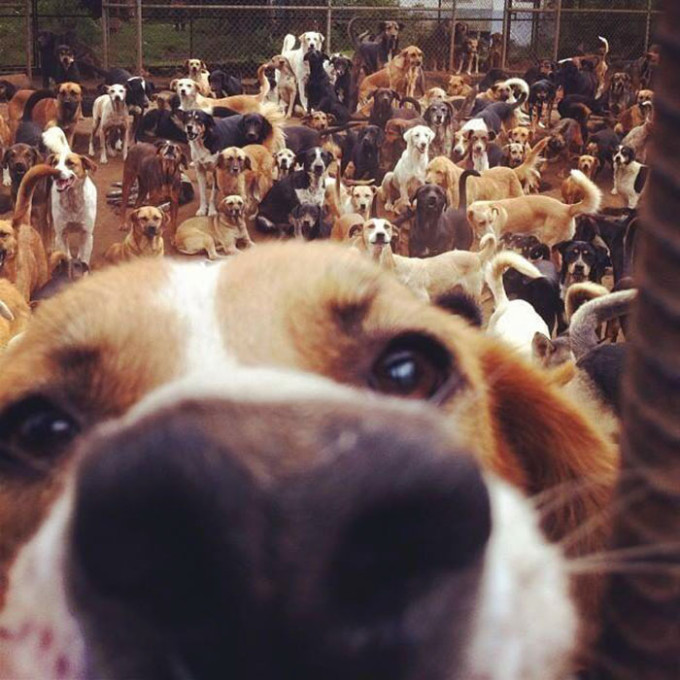 It’s a privately funded, volunteer-run, no-kill animal shelter in Costa Rica. So far, so conventional. What makes this shelter unique however is its message. Territorio de Zaguates, whose advertising campaign carries the message “when you adopt a mutt, you adopt a unique breed”, wants people to think differently about mix-breed dogs.

Mongrels are often deemed inferior to pure breeds, but the shelter believes that championing their mixed status is the key to helping them find homes. Each dog for example is given its own unique breed, so instead of being nondescript mutts, the animals become exotically-named rarities. Ever wanted an Alaskan Collie Fluffyterrier? How about a Fire-Tailed Border Cocker or a Chubby-Tailed German Dobernauzer? If so then you know where to go!

You could be forgiven for thinking this place was paradise… Best part? Anyone can come to the shelter to spend time with dogs and eventually adopt one! They can also take the dogs for walks around the scenic grounds of the shelter. Or maybe the dogs walk them?

There’s no better way to get acquainted with a dog you’re thinking of taking home with you! All of the animals are up for adoption, so if you’re looking for a new companion, you know where to go!