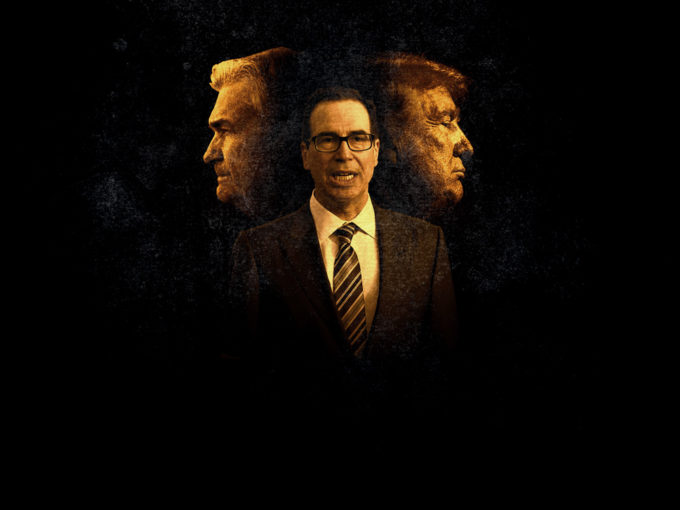 “The only problem our economy has is the Fed. They don’t have a feel for the Market, they don’t understand necessary Trade Wars or Strong Dollars or even Democrat Shutdowns over Borders,” Trump said in a tweet Monday. “The Fed is like a powerful golfer who can’t score because he has no touch – he can’t putt!”

Mnuchin said in a pair of tweets Saturday evening that he’d spoken with the president about the matter, and he quoted Trump saying he didn’t believe he had the authority to remove the central bank chief.

Mick Mulvaney, the incoming White House chief of staff, said Sunday he’d spoken to Mnuchin and that Trump “now realizes he does not have the ability” to fire a Fed chairman. Prolific tweeter Trump hasn’t directly addressed the issue himself.

Trump’s latest attack on the Fed follows a report by Bloomberg News on Friday that Trump had consulted advisers many times in the prior few days over the possibility of firing Powell, a move some of those people warned could badly backfire.

Top U.S. financial regulators assured Mnuchin during a hastily organized call Monday that they are seeing nothing out of the ordinary in markets despite the recent stock slump, according to a person familiar with the discussion.

Mnuchin spoke with officials from the Federal Reserve, the Securities and Exchange Commission, the Commodity Futures Trading Commission, the Federal Deposit Insurance Corp. and the Office of the Comptroller of the Currency. The regulators briefed Mnuchin on their plans for monitoring markets during the government shutdown, and the state of markets, said the person.

Trump’s dissatisfaction with Powell and the Fed, which he’s expressed numerous times in the past few months on Twitter and in interviews, appears to have boiled over after Wednesday’s interest-rate hike and one of the worst single-week U.S. stock market losses in a decade.

Ahead of the central bank’s two-day meeting, Trump again attempted to jawbone the independent policymakers in a tweet that warned against “yet another mistake.”