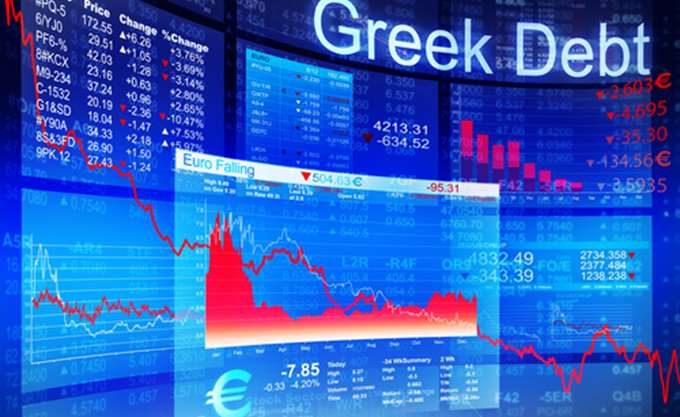 By Viktoria Dendrinou and Sotiris Nikas

Greek bailout talks are reaching the final stretchand creditors are debating what relief measures they can offer Europe’s most-indebted state to ease its financial burden and facilitate its exit from the latest lifeline.

Negotiations over the type, size and conditions of likely debt relief have been contentious, though all parties want to reach a final agreement by June 21, when euro-area finance ministers meet in Luxembourg. At stake is the country’s ability to meet its obligations over coming decades as well as whether markets perceive its debt as sustainable enough to invest in Greek securities again after the country’s bailout expires on Aug. 20.

Here’s what could be in store for Greece:

Euro-area finance ministers agreed last summer to consider an extension of up to 15 years on some of Greece’s loans from the European Financial Stability Facility — the predecessor to the euro area’s bailout fund. The extension would only apply to as much as 96.4 billion euros ($112 billion) in loans, and excludes those received bilaterally from euro-area countries and any outlays from the current program. 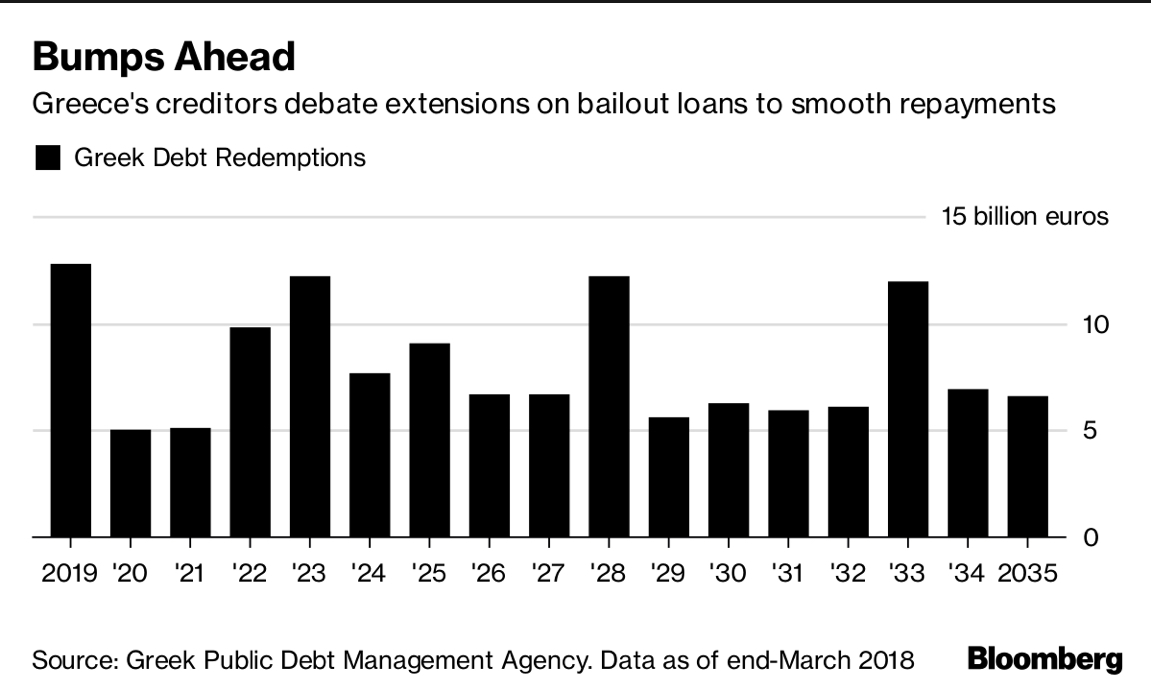 While creditors such as the International Monetary Fund have been urging the maximum 15-year extension, Germany has been pushing for as little as three years, arguing that for now Greece doesn’t need more than that to make its debt sustainable. In the end, euro-area officials expect the number to be closer to the high single digits.

Through its bond-buying securities and markets program (SMP) and the agreement on net financial assets (ANFA), the European Central Bank and euro-area central banks hold some 12.8 billion euros in Greek bonds, the profits from which are redistributed to euro-area governments. These profits from bond holdings, which will amount to around 4 billion euros until 2022, have been promised to Greece in order to help it ease its debt burden. This sum will likely be split into annual disbursements and used as a carrot creditors can offer Greece over the next few years in order to ensure the country sticks to its reform commitments and fiscal path.

By the end of its bailout, Greece will have about 27.4 billion euros of unused loans from its latest 86 billion-euro bailout. This means the country could use the cheap funds to repay early some of its more expensive loans that fall due sooner, such as the 10.4 billion euros from the IMF, 12.8 billion euros from the ECB and 52.9 billion euros from other euro-area countries. Any such buyback will help Greece service its debt, especially over the next four to five years as it will likely reduce the country’s financing needs to a level that wouldn’t require seeking funds from bond markets.

Early repayment of Greece’s IMF debt has long been seen as the measure that would help the country boost its immediate liquidity, as the fund’s loans all fall due over the next years and carry much higher interest rates than euro-area bailout funds. But Germany has been opposing this measure, EU officials say, arguing that the IMF should continue to be involved with Greece even after the current bailout expires. The fund is likely to stay more involved if Greece still owes it money.

As with other bailout countries, in order to facilitate Greece’s foray into financial markets, its creditors will give the country a final financial-aid tranche of between 11 billion euros and 12 billion euros to go toward its cash buffer — made up of loans and money raised on the markets — which is estimated to reach around 20 billion euros. This buffer can, if needed, help Greece meet its financing needs until early 2021, Greek officials say.

In order to bridge different assumptions about how the Greek economy will do over the next years — and, in turn, how much debt relief it needs in the medium term — a mechanism will be set up linking debt repayment to economic performance. This would mean that if the economy does well, Greece will pay back more debt, if it does worse it will get more debt relief by adjusting the length of the agreed extension.

The issue under debate is whether this mechanism will kick in automatically, or whether the euro-area will have a say each time it will be activated. Those arguing for greater debt relief say the mechanism should be automatic and unconditional. EU officials say one way the two views can be bridged is to have the mechanism cease to be automatic if Greece strayed from its agreed fiscal path.

This measure entails permanently waiving an annual penalty on 11.3 billion euros of loans that were extended in 2012 to refinance a debt buyback operation then. Abolishing the step-up margin would yield savings of around 220 million euros a year.

If all these measures prove not to be enough to make Greece’s debt sustainable in the long run — either because growth expectations were too rosy or because unforeseen troubles arise, the euro area is expected to also make a commitment to further assess the need for additional debt relief in the future in order to ensure the country’s financing needs are sustainable. While general, the wording of this commitment may be important to how markets and the IMF perceive the euro area’s readiness to further ease Greece’s debt burden if needed.