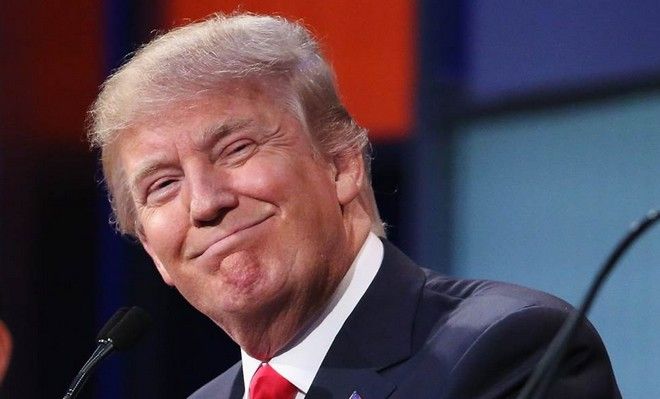 President Donald Trump’s zeal for tariffs has yet to derail the global economic outlook.

While Trump has sown confusion and frustration among fellow political leaders, economists at most Wall Street banks are barely changing their forecasts for solid global growth this year as they estimate only modest fallout from a skirmish over commerce.

The worry remains that Trump may just be getting started. If the president delivers on all his tariff threats, $475 billion in goods would be affected, and core inflation would speed up by about 15 basis points, according to Goldman. That’s still a small increase, but one that might get the attention of the Federal Reserve, which could spur more aggressive policy tightening.

“The impact of tariffs on $50 billion here and there, on its own, is relatively limited,” said Torsten Slok, chief international economist at Deutsche Bank AG. “The real danger continues to be the uncertainty about what’s next.”

The damage could get serious if trade tensions sap business confidence, causing executives to put off capital spending and other investment decisions, he said. Business spending is bouncing back after years of caution following the global financial crisis, and is partly driven by the enactment of Republican corporate tax cuts.

Factory purchasing managers see a jump in capital spending this year, according to The Institute for Supply Management’s semi-annual forecast released last month. The investment surge is one of the factors driving the strongest global expansion in seven years.

“You have a lot of conversations with people who are saying, ‘Is my industry next?’” said Slok. The threat of a global trade war is “no longer a tail risk,” he added.

The International Monetary Fund has warned that a trade war could undermine the strongest global upswing in seven years. “Everybody loses in a protracted trade war,” IMF spokesman Gerry Rice said last week.

Bloomberg Economics estimates a trade war would cost the global economy about $470 billion by 2020 — roughly the size of Thailand’s economy. That projection assumes the U.S. hikes import costs by 10 percent, and the rest of the world retaliates in kind.

For now, Trump’s trade assault hasn’t severely dented confidence among American businesses, according to the Fed’s beige book, which polls firms across the U.S. While some respondents “noted some concern about the uncertainty of international trade policy,” outlooks for near-term growth remain “generally upbeat,” the May beige book reported.

Some economists are stopping short of using the term “trade war.” Analysts at ING Bank NV are calling the current situation a “cold” trade conflict with a muted economic impact.

Two things need to happen for hostilities to reach the level of a global trade war, ING analysts Viraj Patel and Raoul Leering said in a research note. One, Trump would have to broaden protectionist measures to other sectors — a distinct possibility, given the administration is probing whether car imports represent a security risk. And secondly, the president would also have to respond to Chinese retaliation by raising the ante, such as by slapping a blanket 20 percent duty on all Chinese imports, according to ING.

Beijing is threatening to respond to a direct tariff attack with duties of its own on everything from American soybeans to airplanes. Both sides have refrained from imposing tariffs so far, as they try to hammer out a deal on trade issues.

The economic damage may also broaden if fears of a trade war cause a sharp selloff in risk assets, causing financial conditions to tighten. U.S. stock prices fell sharply in late March after Trump promised to impose tariffs on Chinese goods. Since then, investors appear to have become less jittery about hawkish trade statements by the president.

U.S. stocks closed at a 12-week high Monday, as optimism about the world’s biggest economy more than offset worries about protectionism.

Under ING’s worst-case scenario, which it calls “all-out trade war,” the U.S. economy would take the biggest hit, with output dropping by 2 percent over two years.

“Somebody loses money when you force people to put investments on hold, when things get more expensive than they should have to, when they have to break up supply chains,” Adam Posen, president of the Peterson Institute for International Economics, said in an interview on Bloomberg TV. “All of it adds up.”

–With assistance from Jeanna Smialek and Katia Dmitrieva.