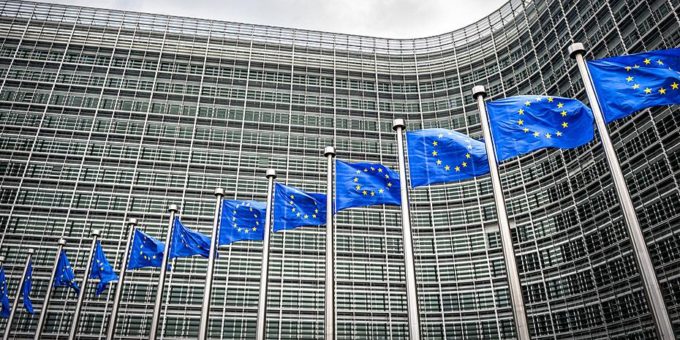 The Commission is today proposing new rules that will allow market-led solutions to support further integration and diversification within Europe’s financial sector, leading to a stronger and more resilient Economic and Monetary Union.

Today’s proposal will remove unwarranted regulatory obstacles to the market-led development of sovereign bond-backed securities (SBBS). These securities would be issued by private institutions as claims on a portfolio of euro-area government bonds. SBBS would, by design, not involve mutualisation of risks and losses among euro area Member States. Only private investors would share risk and possible losses. Investing in such new instruments would help investors such as investment funds, insurance companies, or banks to diversify their sovereign portfolios, leading to more integrated financial markets. It would also contribute to weakening the link between banks and their home countries, which—despite recent progress—remains strong in some cases. SBBS would not negatively affect existing national bond markets.

Valdis Dombrovskis, Vice-President responsible for Financial Stability, Financial Services and Capital Markets Union said: “The market-led development of SBBS will help investors diversify their sovereign exposures and promote financial integration. This is a pragmatic proposal that will strengthen private risk absorption through integrated financial markets and reduce risk in the banking sector, without the need for a mutualisation of risks”

With today’s proposal the Commission is delivering on its announcement in the EMU reflection paper of May 2017 – an important part of its work to complete the Banking Union. The Commission calls on the Council and the European Parliament to work closely together to ensure the swift adoption and implementation. The proposal will also be beneficial for the development of the Capital Markets Union by contributing to more integrated and diversified financial markets in sovereign debt.

SBBS are a diversified pool of euro-area sovereign bonds which include sovereign bonds from all euro area Member States according to their economic weight. When buying SBBS backed by that pool, investors can choose to buy the higher or the lower risk securities, depending on their risk appetite. The highest-risk securities would be first in line to bear any losses on the underlying pool should they arise, but would in exchange pay investors a higher return. As a result the senior securities, that would bear losses only after the highest-risk securities are fully wiped out, would be low-risk.

The proposal would eliminate existing regulatory obstacles by granting SBBS the same regulatory treatment as national euro-area sovereign bonds denominated in euro (in terms, for example, of capital requirements). Banks and other financial operators that invest in securitiesof SBBS would achieve greater diversification and less risk for their sovereign bond portfolios, with a positive impact on the stability of the financial system as a whole.

However, SBBS would, by design, not involve any mutualisation of risks and losses among euro area Member States. SBBS would be put together by private entities created solely to issue and manage these instruments.

Today’s proposal lays down precise eligibility criteria for SBBS to benefit from the envisaged regulatory treatment. Such standardisation will enhance the liquidity of SBBS and make them appealing to a larger number of investors. The proposal also amends a number of legislative acts setting out the regulatory treatment of SBBS held by banks and other financial operators.

A high level interinstitutional task force under the aegis of the European Systemic Risk Board studied the merits and feasibility of SBBS. It published a comprehensive report in January.

That analysis and the impact assessment which accompanies this proposal show that SBBS could reduce risks to financial stability. This would be achieved by facilitating the diversification of banks’ and other institutions’ sovereign portfolios. President Juncker’s Letter of Intent at the State of the Union of September 2017 and the Banking Union Communication of October 2017 announced that an enabling framework for SBBS would be proposed by the Commission in spring 2018.

The framework presented today would therefore improve the stability of the euro area by facilitating private-sector led development of a market for SBBS. The SBBS concept was initially proposed by a group of academics writing in an economic policy publication (see “ESBies: Safety in the Tranches” and references therein).