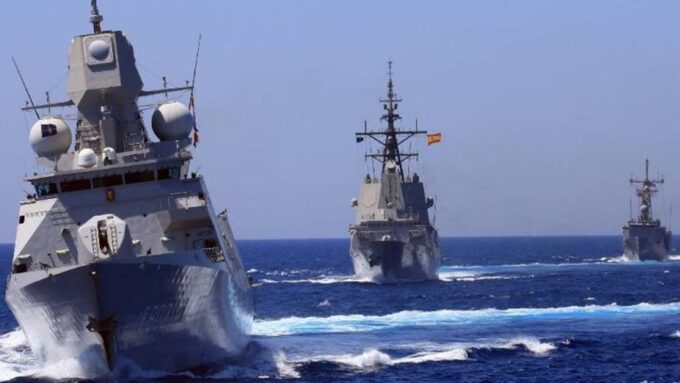 0
0
By Onur Ant
(Bloomberg) — Turkey rejected Greece’s argument that its energy exploration in the eastern Mediterranean encroaches on Greek territory, suggesting tensions in the region will remain high.
The seismic survey ship Oruc Reis will evaluate an area that was previously covered by another Turkish ship and lies within what Turkey declared to the United Nations as its own continental shelf, the country’s foreign ministry said in a statement.

Turkey will carry out the surveys until Aug. 2, while Greece’s armed forces are on standby monitoring for Turkish movements.

Greek shares fell as much as 1.3% on Wednesday, extending declines after dropping the most in more than a month on Tuesday with sentiment burdened by the dispute. The Athens Stock Exchange General Index was down 0.9% at 1:45 p.m. in Athens.

Tensions between Turkey and Greece have flared over issues such as oil and gas exploration in the shared waters of the Aegean and Mediterranean seas as well as flow of refugees through Turkey to European countries. The latest conflict came as a result of Turkey’s declaration that it will conduct seismic work from July 21 in the eastern Mediterranean.

Greece’s Prime Minister Kyriakos Mitsotakis spoke with Angela Merkel on Tuesday evening when he informed the German chancellor about developments with Turkey.

During a visit to Athens Tuesday, Merkel’s foreign minister, Heiko Maas, demanded that Turkey end its drilling off the coast of Cyprus. The EU must deliver a “clear” response to any such activities in the eastern Mediterranean, he said.

“This is the condition for there to be any future-oriented dialog between the European Union and Turkey,” Maas said alongside Greek Foreign Minister Nikolaos Dendias. “There is a great deal of unity on this.”

The Greek foreign ministry asked Turkey to “immediately stop its illegal actions that violate Greece’s sovereignty and undermine the region’s peace and security.”

Ankara rejects the argument that the area is part of Greece’s continental shelf. The foreign ministry said the Greek island of Meis in the area — covering 10 square kilometers — is two kilometers away from the Turkish mainland and 580 kilometers off the Greek coast, making “Greece’s maximalist continental shelf claims incompatible with international law and court decisions.”

Erdogan will chair an ordinary meeting of the national security council later Wednesday, when the Turkish president is expected to discuss the Mediterranean tensions with his top lieutenants. The Greek Prime Minister will hold separate meetings Thursday with leaders from parliamentary political parties to inform them on recent developments.

Ankara argues that a country’s continental shelf should be measured from its mainland, and that the area south of the Greek island of Kastellorizo — just a few kilometers off Turkey’s southern coast — therefore falls within its exclusive zone.

Greece claims that islands must also be taken into account in delineating a country’s continental shelf, in line with the UN Law of the Sea, giving it the sole right to the area regardless of the island’s proximity to Turkey.

The two countries came to the brink of a war in 1996 in a sovereignty dispute over uninhabited islets known as Kardak in Turkish and Imia in Greek.