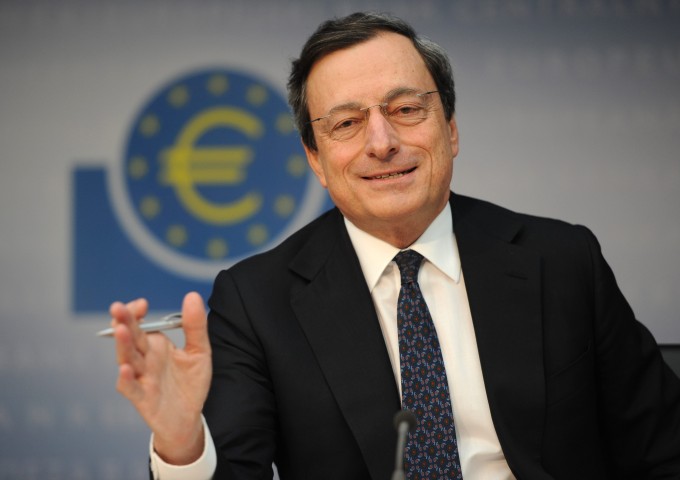 Ever wondered if the powers that be like to signal their true intentions to others in the know via secret gestures or codes?

And the basis of the most popular conspiracy (fanned somewhat by the FT’s own Katie Martin) is that the colour of Draghi’s tie determines what the ECB’s stance on monetary policy will be.

A red tie at night, bullish delight. A cool blue in the morning, hiking is stalling.

The question is: is it just a theory or is there actually some correlation between Draghi’s wardrobe choices and monetary policy outcomes?

In a bit of pre-Christmas fun that’s just come our way, Louis Harreau, ECB strategist at Crédit Agricole, has set out a comprehensive analysis of the would-be Draghi-tie indicator.

Spoiler alert: He does not find any significant results (probably a good thing).

Nonetheless the metholodgy formulated offers a good template for anyone proposing to do a similar comparative analysis of Christine Lagarde’s scarf choices and respective IMF activity. Here’s how Harreau did it (emphasis ours):

We gather the 69 press conference Draghi held, between November 2011 and October 2018, and we add the three speeches we consider major: 26 July 2012 in London, 22 August 2014 at Jackson Hole and 27 November 2014 in Helsinki. At those 72 events, Draghi wore 18 different ties. We give the colour of each tie a name, so that it is easier for us to manage the data (ie, to make nice charts). This also allows us to test the creativity of our apprentice (working with us is a never-ending challenge).

Harreau notes that in the grand landscape of Draghi’s ties, his analysis is strictly limited to the dark suit and white shirt Presidential era (emphasis ours):

The first thing we highlight is that, when you study Draghi’s ties, you always find yourself in the same environment. The ecosystem in which Draghi’s ties shine is perfectly unchanging: dark suit, white shirt, brilliant President. We find occasions where Draghi does not wear a suit at all, but then he has no tie. We also find occasions when he wears a three-piece suit, but those times were much earlier than the period of our analysis. We even found times when he wears a grey suit – we all make mistakes sometime – but again, this is in the prehistory of the Draghi tie analysis. The Draghi tie analysis is strictly limited to the dark-suit-white-shirt environment.

The stand out observation being the ties’ range of colours is quite limited, especially when compared and contrasted with the Fifty shades of Merkel:

In terms of forecasting the tie, Harreau discovers some are worn regularly, some infrequently. Among the high-frequency ties is found the mauve taupe, laucous and deep coffee numbers (7 times) and Harreau’s favourite the jet (6 times).

The one-hit wonders, meanwhile, include the storm cloud, the Davy’s grey and the dark electric blue — all seen once only during press conferences.

What tie watchers need to be mindful of is the Christmas and the birthday effect, adds Harreau.

Closer analysis suggests there is certainly something going on.

The average lifespan of a Draghi tie, meanwhile, is said to be a little less than two years. The longest-surviving tie has lasted three and a half years.

The risk of a new tie at October and January press conferences is slightly higher.
If a tie has not been worn for more than nine months, it is likely to have definitively disappeared – there are some examples of old ties being revived but they are scarce.
The more neutral a tie is, the more often it will be worn: the ‘ugly’ ties have a shorter lifespan and lower frequency.
If in doubt when playing DraghiTieGuess, just bet on the tie he wore the last time you watched him.
We could provide a formula for forecasting Draghi’s tie, but we do not want to spoil the game. The simplest way to forecast it is to ask the ECB.

With respect to whether the blue tie has a market impact? The answer is … yes. Statistical regression shows if Draghi wears a deep blue tie, it should bring more volatility to the Bund, but there is no insight on which direction the market will move.

Other factors that could deepen the analysis include bow ties and the shape of the knot. Harreau, however, found only two occurrences of Draghi in a bow tie, once a black number once a white number, implying the data sample could be too small to be meaningful.

With respect to the shape of the knot, Draghi uses a four-in-hand knot. Harreau offers the hypothesis that a four-in-hand knot means dovish or at least constructive approach to monetary policy whereas as a Windsor is a hawkish stance, as judged by the preferences of other central bankers:

Make of that what you will.