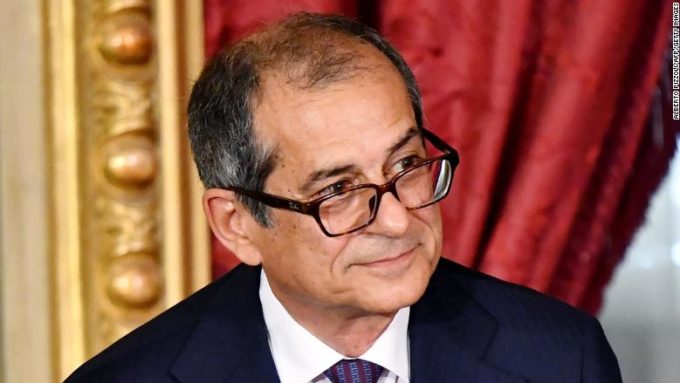 Italy’s populist government promised it won’t let its budget deficit widen further than currently planned and called for dialogue with the European Union to address their differences.

In a letter to the European Commission published Monday, Finance Minister Giovanni Tria said the government is ready to act to ensure it doesn’t exceed the 2.4 percent target for 2019. He said he’s aware that his spending plans don’t comply with EU rules and he wants “constructive” talks with officials in Brussels. Prime Minister Giuseppe Conte, speaking in Rome, said the deficit target should be seen as an upper limit and it could still be narrower.

The decision to increase spending was “difficult though necessary,” Tria said in his letter. He cited slow economic growth and the “difficult economic situation the poorest segments of the Italian society are facing.”

Italian bonds rose slightly, with the spread over German 10-year yields narrowing by 6 basis points to 296. The gap reached a five-year high of 341 basis points during trading on Friday.

Tria has come under fire from officials and investors since bowing to pressure from Italy’s coalition heavyweights Matteo Salvini and Luigi Di Maio to allocate resources to their key election promises: tax cuts, more benefits spending, and a lower retirement age. The Commission expressed “serious concern” about Italy’s budget plans in a letter on Thursday.

The finance chief offered no indication that he plans to back down from the headline spending targets, paving the way for the EU to take the unprecedented step of demanding revisions. EU commissioners will discuss the letter response at a meeting in Strasbourg Tuesday, commission spokesman Margaritis Schinastold reporters in Brussels.

“While recognizing the divergence of the respective evaluations, the Italian government will remain in a constructive and fair dialogue,” Tria added. “The government is confident it can get investment and GDP growth moving again and that the recent rise in the government bond yields will be reabsorbed as the investors learn about all the details of the measures in the budget law.”

He added that after 2019 the government doesn’t intend to raise the structural budget deficit — adjusted to take account of the economic cycle and one-time items.

Prime Minister Conte signaled that Italy may not implement some of its most controversial spending plans until later next year, which could potentially lead to a narrower deficit. While the move is unlikely to appease the EU Commission, it was a sign that the government in Rome is looking at ways to reach a face-saving compromise.

“We can still reassess during the budget implementation whether to contain the target so we don’t necessarily need to reach that 2.4 percent,” Conte said. “For sure, we won’t exceed it.”