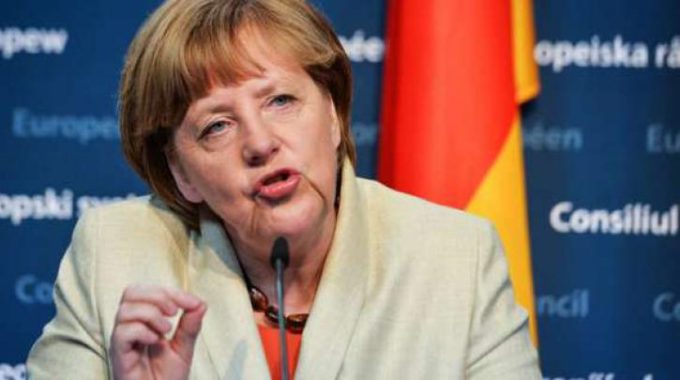 Germany is set to abandon six years of fiscal restraint with a blowout budget designed to save its economy from the brutal effects of the coronavirus pandemic and protect thousands of businesses from imminent ruin.

Angela Merkel’s cabinet is meeting on Monday to approve new borrowing of €356bn — equivalent to nearly 10 per cent of Germany’s gross domestic product — marking a new era in fiscal policy and a radical departure from Berlin’s long-held aversion to debt.

It reflects growing alarm in government circles at the profound impact the epidemic is having on the eurozone’s largest economy as big industrial companies shut down production, the service sector is disabled and economic activity melts away.

Ministers will consider plans for a €156bn supplementary budget for 2020, including a €50bn hardship fund to help small businesses and freelancers whose revenues are collapsing as the virus spreads.

They will also approve a €100bn economic stabilisation fund that will be used to take stakes in companies crippled by the fallout from the pandemic, according to a person familiar with the plans, paving the way for a radical state intervention in the workings of the market economy.

The blueprint also envisages a €100bn loan from the new stabilisation fund to the KfW, Germany’s state development bank, which is providing unlimited loans to firms facing a cash crunch under a programme announced by the finance minister Olaf Scholz earlier this month.

The stabilisation fund will also be equipped with €400bn in guarantees to underwrite the debts of companies affected by the turmoil.

The fund is a reactivation of Soffin, a government-backed vehicle set up in 2009 to bail out troubled banks. It will not only underwrite debts but also be able to inject fresh capital into stricken companies, effectively paving the way for a wave of partial state takeovers.

Just as the state helped the banks after the financial crisis, “we are now prepared to provide equity for the real economy,” Mr Scholz told German radio on Friday. The state had to help companies “that employ an incredible number of men and women and which all of a sudden have no business”.

The moves represent an extraordinary intervention by the state in the private sector. “We will not allow a bargain sale of German economic and industrial interests,” said economy Peter Altmaier. “There should be no taboos. Temporary state aid for a limited period, up to and including shareholdings and takeovers, must be possible.”

The huge increase in spending marks a radical break from the “schwarze Null” or black zero, the policy of balanced budgets and no new borrowing that has been part of German economic orthodoxy for years and has helped to deliver six consecutive annual surpluses.

The policy has become increasingly controversial in recent months, with leading economists both at home and abroad urging the government to take advantage of low interest rates to assume new debt and invest in Germany’s crumbling infrastructure.

But the black zero is now a thing of the past. Angela Merkel, chancellor, made it clear at the start of the coronavirus crisis that she was prepared to set it aside in order to ensure the survival of the German economy.

“We’re doing whatever is necessary,” she said on March 11. “And we won’t be asking every day what it means for our deficit.”

The new fiscal policy came as a number of German regions imposed a lockdown on their citizens and closed all restaurants, bars and beer-gardens. Bavaria said people would only be allowed to leave their homes to go to work, buy food or visit the doctor: they could exercise in the open air but only alone or with close family members. The German foreign ministry has also advised against any tourist travel abroad until the end of April.

As well as passing the supplementary budget and reactivating Soffin, ministers will also be asked to loosen one of the country’s most important fiscal rules — the constitutional debt brake. Introduced in 2009 it limits any new government borrowing to just 0.35 per cent of GDP, adjusted for the economic cycle.

But exceptions are allowed. Germany’s constitution says the Bundestag can relax the debt brake when Germany is hit by emergencies such as natural catastrophes that “significantly impact the government’s fiscal position”. Coronavirus is a clear example of such an eventuality. A Bundestag vote is expected in the next few days.

“This essentially paves the way for unlimited borrowing,” said the person familiar with Mr Scholz’s plans. He said it fitted in with the European Central Bank’s announcement last week that it would buy an extra €750bn of bonds in a bid to calm markets thrown into turmoil by the pandemic. “The ECB’s message to the EU member states was clear,” he said. “Fill your boots with debt.”

Though the proposals being put before the cabinet on Monday mark an extraordinary volte-face in policy terms, officials stress that Germany was only able to adopt such expansionary measures thanks to the budgetary restraint of the past few years.

“Even a few weeks ago people were saying we’d gone too far, that we were too focused on husbanding our resources,” Mr Scholz said on Friday. “Now you can see we acted correctly.”

Germany’s “economising” over the past few years had brought its debt-to-GDP ratio to below 60 per cent, he said. The equivalent figure in France is 98.9 per cent and 134.8 per cent in Italy.

Meanwhile, the public finances have rarely been in such robust health. There are reserves of €55bn in the federal budget, of €26bn in the federal labour office, which dispenses unemployment benefit, of €103in the social security system, and of nearly €20bn in the health service — the statutory “Krankenkassen”.

Jens Weidmann, head of the Bundesbank and a member of the ECB’s governing council, said that until recently there had been “passionate debate” in Germany about the wisdom of sound public finances. “Now we can see very clearly: it was exactly right that Germany consolidated its budget when the economy was doing well,” he told Die Welt on Saturday. “Now we have the latitude to deal with this crisis. Our starting position is advantageous.”