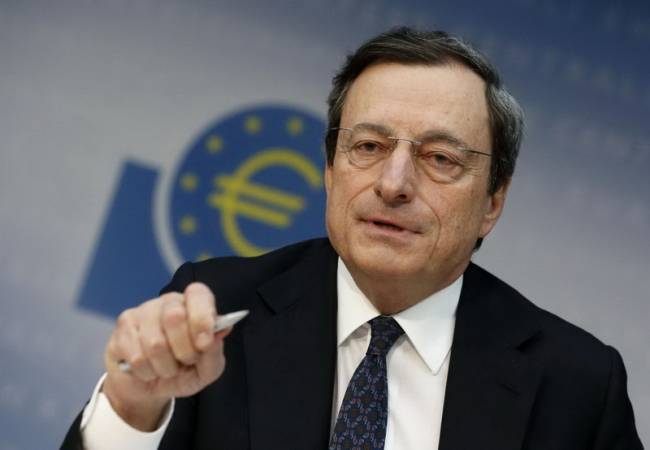 Euro could revisit its year-to-date low as persistent political risks may lead Mario Draghi to refrain this week from painting a rosier picture for the bloc’s economy.Market dynamics have shifted only slightly since the European Central Bank’s last meeting, yet not in a supportive way for the common currency. Data may be suggesting the forecasts for growth are broadly on track with the Governing Council’s projections, but on the other hand subdued inflation, early signs of contagion in peripheral bonds, deadlocked Brexit negotiations and a hawkish Federal Reserve could mean the euro could test its $1.1301 mid-August low.

Draghi said he sees a “relatively vigorous” pickup in underlying euro-area inflation following the September monetary policy decision and while wage pressure is building, the pass-through to prices is yet to be seen. At a time when the market looks behind the curve when it comes to additional U.S. tightening, there may be little room for the ECB president to downplay monetary policy divergence projections at the next gathering on Oct. 25.

Price action in the spot market this month showed that the euro could benefit from a Brexit resolution. U.K. and EU officials keep kicking the can down the road however as obstacles remain, with focus now turning to a December EU summit, as volatility shows. European Council President Donald Tusk and European Commission President Jean-Claude Juncker present conclusions from the Oct. 18-19 summit to the EU Parliament this week, with the bar high for a positive surprise.

For the short-term, investors are looking closely at the performance of euro-
area peripheral bonds as the rift between Italy and the EU widens. Italy’s 10-year yield spread over Germany touched the highest in more than five years following a letter from the European Commission to Rome that said its spending plans were excessive. While resilience was the name of the game initially, Spanish bonds led the widening versus bunds on Thursday and the 10-year Portugal yield rose by 8 basis points Friday to 2.11 percent, highest since May.

The euro hit $1.1433 on Friday, flirting with a two-month low. Bloomberg’s fear-greed indicator shows bears are in firm control of price action, while a crossover in short-term moving averages suggests the latest rally for the dollar has legs to follow.

Leveraged names may be short the euro already, yet model names are seen selling technical breaks, according to two traders in Europe, who asked not to be identified because they are not authorized to speak publicly. As the market looks short gamma below $1.1400, further weakness for the common currency could mean traders will need to chase the market lower. As long as the euro stays below its 55-daily moving average, currently at $1.1579, bulls will be kept on their toes.