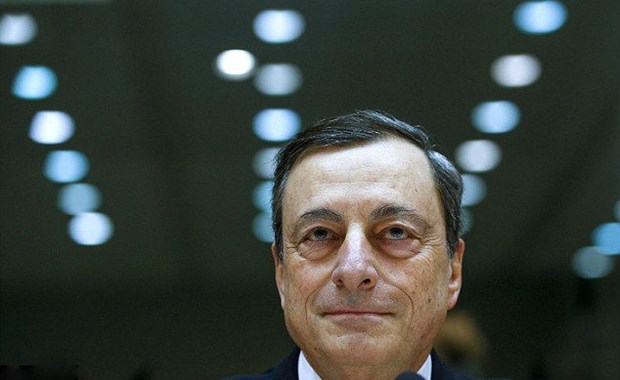 The ECB president said at the institution’s annual forum in Sintra, Portugal, that “additional stimulus will be required” if the economic outlook doesn’t improve. He said the commitment to keeping interest rates low could be bolstered, further cuts remain “part of our tools,” and renewed asset purchases are an option even if that means raising self-imposed limits on how much it can buy.

It’s the latest dovish comment from the Governing Council, which is grappling with an economic slowdown and an inflation rate that remains entrenched below its goal. Draghi said risks from geopolitical factors, protectionism and vulnerabilities in emerging markets haven’t dissipated and are weighing in particular on manufacturing.

Investors are betting on U.S. interest rate cuts later this year, while central banks in Australia, Russia, India and Chile have already loosened policy.Major central banks around the world are already moving back into battle modeas trade tensions hit confidence and damp the global economy. The U.S. Federal Reserve, Bank of England and Bank of Japan all hold policy meetings this week, which should give further insight into their concerns.

In a sign that discussions on policy action are becoming more formal within the ECB, Draghi said the Governing Council will review in the coming weeks how their tools can be adapted “commensurate to the severity of the risk to price stability.”

The ECB is readying for action as a slump in manufacturing, particularly in Germany, threatens to spread to other parts of the economy. German business confidence has taken a beating in the past year, and a gauge of investor expectations published Tuesday fell by the most since July 2016.

Economists see 2019 growth in the euro area coming in at 1.2%, which would be half the U.S. rate and the worst performance in six years.

ECB staff see inflation reaching only 1.6% in 2021, compared with a goal of just under 2%, and Draghi will leave office this October as the only ECB president never to have raised interest rates. European Union leaders are currently embroiled in talks to choose his successor as part of a suite of top European policy positions.

“If the crisis has shown anything, it is that we will use all the flexibility within our mandate to fulfill our mandate,” he said. “And we will do so again to answer any challenges to price stability in the future.”