Astra’s Vaccine Won Approval, But How Good Is It?

Astra’s Vaccine Won Approval, But How Good Is It? 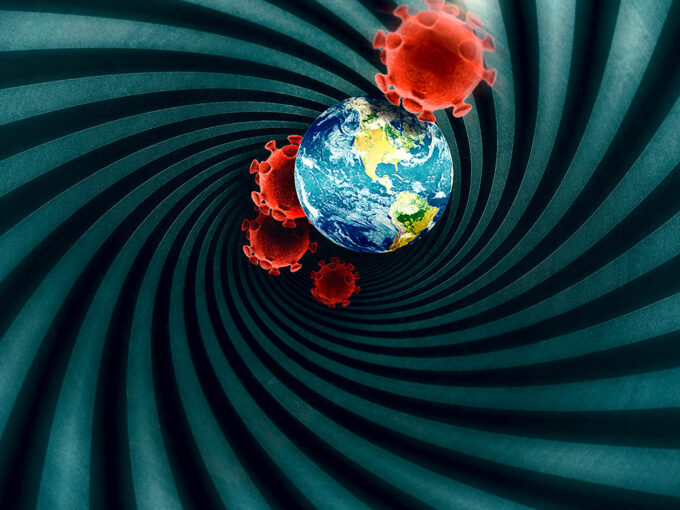 Sam Fazeli, a Bloomberg Opinion contributor who covers the pharmaceutical industry for Bloomberg Intelligence, answered questions about the approval in the U.K. Wednesday of a Covid-19 vaccine developed by AstraZeneca Plc and the University of Oxford. It follows the shot developed by Pfizer Inc. and BioNTech SE, which was cleared earlier this month and has already been rolled out in the U.K., U.S. and Europe. Moderna Inc.’s vaccine also gained emergency authorization in the U.S. The conversation has been edited and condensed.

The Astra vaccine is the third to be approved by either the U.K., U.S. or EU, but it’s different from the first two. How so?

All vaccines aim to deliver pieces of a live virus or a whole inactive (killed) virus to the body so that the immune system has an opportunity to raise a response to it and form a memory. That way, when the actual pathogen arrives, it is ready to rapidly deploy antibodies and immune cells (T-cells) to kill the virus and infected cells, respectively. The Pfizer-BioNTech and Moderna vaccines deliver the genetic material in the form of “messenger RNA,” which instructs cells to create a modified version of a key coronavirus protein. This, in turn, prompts an immune response that can fend off the real virus. AstraZeneca-Oxford’s vaccine, AZD1222, uses a “viral vector” – a tool for delivering the same genetic material – which it derived from an engineered chimp adenovirus, similar to the virus that causes the common cold. (Johnson & Johnson uses a similar approach, but its vaccine uses a human adenovirus to deliver the genetic material.) One of the other key differences between the Astra vaccine and those of Pfizer-BioNTech and Moderna is that it doesn’t require super-cold storage and can be transported and kept at normal refrigerator temperatures. This makes it much easier to use and distribute, especially in more rural areas and countries where cold-chain logistics are problematic.

How well does the Astra vaccine work compared with those other two?

In preclinical tests and early trials in humans, the vaccine did O.K. It was not as protective against viral infection in the nose and throat of nonhuman primates, though it did prevent severe disease. In the early stages of human trials, the vaccine did not induce as strong an immune response, measured by looking at antibody levels, as that seen with Pfizer-BioNTech and Moderna’s shots. This may explain the lower efficacy seen so far in its later-stage U.K. and Brazil trials and may have to do with the way the vaccine delivers its genetic material. There are also subtle differences in the actual protein structure Astra uses in its vaccine compared with the other two shots. While all of the shots target what’s called the “spike” protein — the rod-like structures that protrude from the virus and help in binding to cells and infecting them — Astra’s is the only one to use an original form of that protein, which has been shown to be less immunogenic in some experimental settings.

Wasn’t there a problem with the Astra trials? The dosage was given out incorrectly, and the data was confusing?

Yes. The Astra-Oxford team reported late-stage preliminary results from its U.K. and Brazil trials that contained data from about 12,000 subjects vaccinated with AZD1222 and a similar number on placebo. Not only were the trials smaller than the Pfizer-BioNtech and Moderna trials, the efficacy of the vaccine was also lower at 70%, compared with the more than 90% seen with the other two vaccines. And the Astra data was complicated by the fact that 1,367 subjects in the U.K. trial, out of a total of 3,744 who received the vaccine, got only half of the required dose on their first jab because of a manufacturing issue. If you ignore those subjects, the efficacy was about 62% when combining the U.K. and Brazil data. The other issue is that there were only 718 participants 55 or older, who are at higher risk of hospitalization and death, and that’s not enough to judge the potential of the vaccine for that important cohort. There was also a problem with the time interval between the first and the second dose as the trials started looking at the vaccine as a single dose, only later converting to a two-dose regime. All of this raised questions and caused some confusion, which is unfortunate given the generally positive results.

Are you comfortable with the data now? Did the U.K. make the right decision?

The vaccine clearly works. We just don’t know how well. In a normal world, the Astra data we’ve seen so far would be the kind that would generate hypotheses requiring further trials to prove things like efficacy, the required dose level, the best dosing interval and its effect in the older population. The U.K.’s Medicines & Healthcare products Regulatory Agency, which cleared the shot, has for sure seen more data than has been published; that data, whenever it is revealed, will be crucial in helping us understand what the approval was based on. The MHRA’s analysis suggests that the vaccine’s efficacy was 73% up to 12 weeks after one dose of the vaccine. But this is what is called an exploratory analysis and was not based on predefined criteria, again making it hypothesis-generating and needing a future trial. It’s also possible that the trial has some data on the new variant of the virus that has been discovered in the U.K., and how sensitive it is to the vaccine.

Speaking of that variant, it appears to be more transmissible than the original forms of the virus . Despite the lockdowns and restrictions it triggered in the U.K., it has since spread elsewhere including the U.S. The good news is that vaccines may work just as well against this variant, but given that viruses are always mutating, there’s a risk of other variations cropping up that could be more resistant to shots. How adaptable is the Astra vaccine?

The Astra, J&J, Pfizer-BioNTech and Moderna shots are all amenable to rapid reengineering with any new variant. All four vaccine developers can make new candidates within a few weeks. That is one of their strengths compared with other technologies.

The U.K. has approved a dose schedule that seems different from other vaccines. What was this based on?

The approval is for a first dose, followed by a second dose up to 12 weeks later. This is much longer than that for Pfizer-BioNTech’s vaccine (21 days) and Moderna (28 days). In the published data on Astra’s trials, there was a reference to the fact that the median time interval for subjects who received two standard doses of the vaccine in the U.K. trial was 69 days, with a range of 50 days to 86 days. So the 12-week interval is at the very top end of that range. I don’t believe there is likely to be enough data to judge which dose interval is best until the MHRA publishes its approval letter and shows the data that was used to back its decision. What I am worried about is that if the first shot does not provide a strong enough immunity to suppress viral replication in people, it may lead to the virus amassing even more mutations and developing the ability to evade the vaccine. This could affect the efficacy of other shots, too. We just don’t know.

What about U.S. approval? Is that close to happening?

U.S. approval will need data from the much larger and simpler trial that Astra is conducting there. That data should come out in the first quarter. Astra is testing two standard doses of the vaccine four weeks apart in as many as 20,000 individuals. The question is what happens if the efficacy comes out at the same 60% to 64% level seen in the U.K. and Brazil trials. Even though this meets regulatory guidelines for approval, which require efficacy of 50% or more, will the U.S. approve it given the much higher efficacy of the Pfizer-BioNTech and Moderna vaccines? And if it does not, what will that mean for the U.K. approval? Will U.K. subjects, and those of other countries that approve Astra’s vaccine, be deemed as vaccinated when it comes to U.S. travel? This remains to be seen.