Greece Is Enjoying a New Feeling of Euphoria 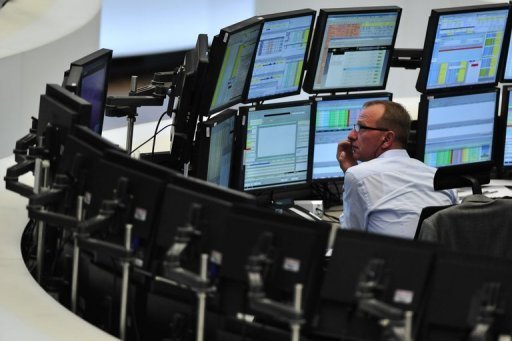 0
0
(Bloomberg Opinion) —
After a decade of gloom, there’s a new sense of euphoria in Athens. The Greek stock exchange is on course to be the world’s best performer this year because investors believe the new prime minister, Kyriakos Mitsotakis, will deliver on his promise to attract foreign investment and boost growth.The star performers are bank shares, which have nearly doubled in value in less than 12 months. Politicians and financiers believe they’ve found the magic cure for the banking system’s plague of bad loans. The scheme — called “Project Hercules” — involves a complicated mix of securitization and state guarantees, modeled after an Italian plan called “GACS.”

Hercules will no doubt help banks secure a better price as they offload their non-performing loans, speeding up an overdue clean-up. But it creates a non-trivial risk for taxpayers, who’ll pick up the bill if things don’t go according to plan. The government also needs to follow up on its idea to reform Greece’s byzantine insolvency laws. Only that will increase the value of the collateral pledged to the banks and allow debtors to move on.

Greek banks are saddled with about 75 billion euros ($83 billion) in non-performing loans, the legacy of the country’s economic crisis. This staggering amount — equivalent to about 40% of the country’s total loans — has weighed on stock valuations and made it harder for lenders to provide credit to businesses and consumers. For years, politicians and bankers have dithered over what to do, as they faced two conflicting problems: European state-aid rules ban governments from sweeping up bad loans at inflated prices; while lenders that dispose of them at excessively low prices risk creating a hole in their balance sheets.

Now Mitsotakis’s government says it will issue up to 12 billion euros of guarantees that lenders can use as they bundle together their bad loans, and chop them up into portions according to their riskiness — a process called “securitization.” The Greek state will guarantee the “senior” tranche, while the “mezzanine” and “junior” tranches will be less protected. Banks plan to retain the senior tranche on their balance sheets. The others will be sold or distributed to investors.

Lenders will have to take a hit on their regulatory capital, since many of these loans were marked at exceedingly high values. But since the senior tranche is considered risk-free, that will release capital to be put to better use. The “GACS” scheme prompted a success in Italy, where it helped shrink the pile of non-performing loans.

It would be wrong, however, to assume that Hercules can solve Greece’s banking alone. One mustn’t forget that it leaves taxpayers on the hook for the senior tranche. How risky this is will depend on banks’ ability to repossess collateral, and on the economy. The faster the rate of Greek growth, the more likely taxpayers will be spared.

Another worry is that Greece’s insolvency regime is extremely messy. There are several bankruptcy avenues for companies and individuals in trouble, giving room for arbitrage between different procedures. The new government plans to simplify things, but the reform might lead to public protests because of the eviction threat to homeowners in arrears on their mortgages. Nevertheless, a more streamlined insolvency regime is essential if banks are to extract a better price for their non-performing loans.

Nor will Hercules get rid of the differences between Greece’s four main banks. Eurobank Ergasias SA and Alpha Bank AE are looking substantially stronger, as they press ahead with ambitious plans to reduce their bad debt piles. National Bank of Greece and Piraeus Bank SA are further behind. For now they don’t need more capital. But as their disposals of non-performing loans get underway, it will become clearer whether they need to beef up their balance sheets again.

In some ways, Greek banks are in a happier place than their European peers. Lending rates there are higher than elsewhere in the euro zone, giving bankers healthier margins to play with. A recovering economy would be an additional boon, if the new government continues to deliver on its reformist pledges.

But Hercules needs some help. It would be a pity if its strength was wasted.

Ferdinando Giugliano writes columns on European economics for Bloomberg Opinion. He is also an economics columnist for La Repubblica and was a member of the editorial board of the Financial Times.