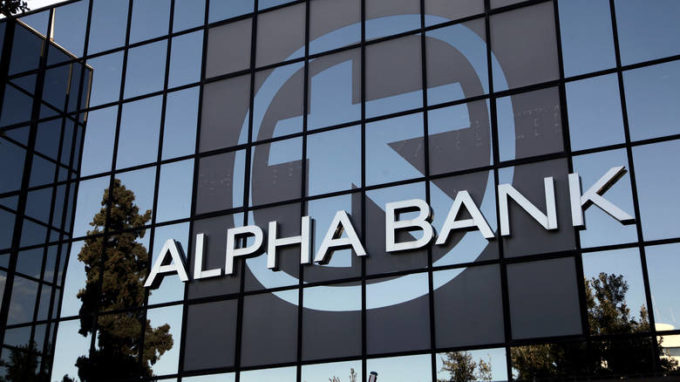 0
0
By Sotiris Nikas and Paul Tugwell

Alpha Bank AE plans to sell 12 billion euros ($13.3 billion) of bad loans, more than half of the soured debt on its books, through a securitization that’s part of a wider restructuring plan.

The three-year revamp will also include a Tier 2 bond sale, a carve out of its loan-servicing business and changes to the management team, the Athens-based lender said on Tuesday. Alpha Bank plans to tap a planned government guarantee program for part of the loan sale.

“We are embarking today on a comprehensive transformation plan, designed to leave the financial crisis behind us by dealing decisively with legacy asset quality issues and by improving significantly our profitability going forward,” Chief Executive Officer Vassilios Psaltis said in a statement.

Greek banks are struggling to offload bad loans, which limit their ability to provide new credit. The government has received European Union approval for a program known as Hercules that will provide as much as 12 billion euros to help lenders repackage bad debt into securities with the state guaranteeing the safest portions.

Alpha Bank said that it will use Hercules to reduce its soured debt, with a target of cutting non-performing exposures to less than 10% of total loans by the end of 2022 from around 44% in September. The lender intends to apply for up to 3.7 billion euros of guarantees under the scheme, it said.

The securitization project, named Galaxy, will be accompanied by a carve out of the bank’s bad-loan management business. It will be combined with Cepal Hellas, Greece’s largest third-party servicer, to create a company called New Cepal, the CEO said.

Alpha expects 14 billion euros of new loans through 2022 to support retail and businesses including as infrastructure, energy, real estate, hospitality, manufacturing and shipping.

The lender’s shares have gained 73% this year while the benchmark banking index has more than doubled.

Alpha Bank plans to sell as much as 900 million euros of Tier 2 notes by 2022 to boost its capital position. The lender expects its key CET1 capital ratio to fall to around 15% after the completion of Galaxy project.