How to End Greece’s Banking Nightmare 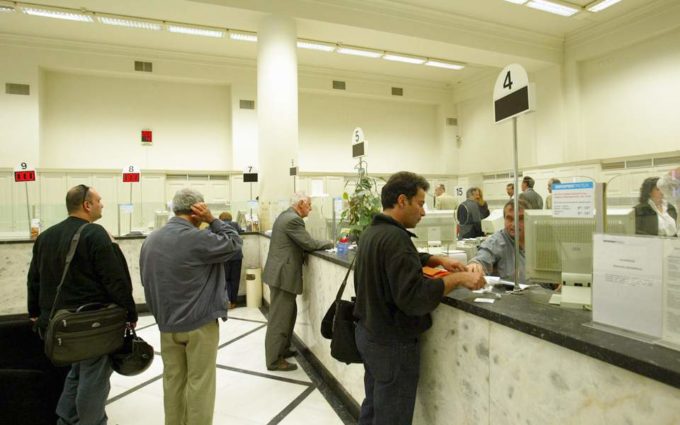 0
0
(Bloomberg Opinion) —
If a country has a problem with its banks, the thing to do is to come up with a strategy and execute it swiftly. The trouble with Greece is that it has too many plans – and is taking too long to choose between them.

The Greek banking system is saddled with a very large number of non-performing loans, a legacy of protracted recession. Nearly half of all loans have gone sour, according to Bank of Greece data, and that’s only marginally less bad than the nadir of a year and a half ago.

The quality of the banks’ capital is also dubious. More than 50 percent of the combined capital of the country’s four biggest lenders is made up of deferred tax assets (discounts on future tax bills accumulated during years of losses). They’re struggling with profitability too: Return on equity is negative, as banks struggle with exceedingly high costs and a still depressed economy.

European supervisors seem to have turned a blind eye to what’s going on. Last spring, the European Central Bank cleared Greece’s four largest banks in a tailored stress test. The ECB’s Single Supervisory Mechanism – the region’s banking watchdog – has come up with a series of benchmarks for the reduction of bad loans, which the Greek lenders are broadly meeting. But investors are skeptical. Since the stress tests results were released, an index of the country’s bank stocks has lost almost half of its value.

Belatedly, the Greek authorities have decided to be more decisive. Unfortunately, they lack coordination. First, the Hellenic Financial Stability Fund – Greece’s bank rescue fund – proposed a plan to use government guarantees to ease the disposal of bundles of bad loans. Banks would securitize them, and the state would guarantee the safest tranche, increasing the number of potential investors. But then the Bank of Greece published a different strategy. This would involve the government letting the banks transfer their deferred tax assets to a special purpose vehicle. The SPV would then acquire up to 40 billion euros ($45 billion) in non-performing loans, cutting the amount in the system by nearly half.

It’s unclear whether either of these plans would by itself attract enough interest from investors. Most important, having two of them doesn’t give the impression of a country that’s picked which route to follow to address one of its chief economic problems. It would be much better to announce a single plan – which could combine elements of the aforementioned schemes – and then execute it. That might prompt investors to change their view on the sector.

While the government decides what to do, individual banks are going their own way. Eurobank Ergasias S.A. has announced a merger with Grivalia Properties REIC AE, a real estate investment company, which is expected to provide the combined entity with a chunky capital boost. Eurobank now plans to remove almost 7 billion euros of bad loans from its balance sheet, and is targeting a non-performing loan ratio of 15 percent by the end of 2019. This is by far the most promising thing that’s happened to the Greek banking system this year. But it may be hard to replicate, since it relies on the existence of a company willing to be taken over. It helped too that Grivalia and Eurobank have a large shareholder in common.

So long as Greece’s authorities fail to find a common solution to their lenders’ woes, even clever plans like Eurobank’s may not be enough. It’s hard to see how Greece can bounce back strongly after such a long recession with a still-crippled banking system. Athens needs a plan, not a multitude of ideas.