Greece Drags Itself Back Toward Normality 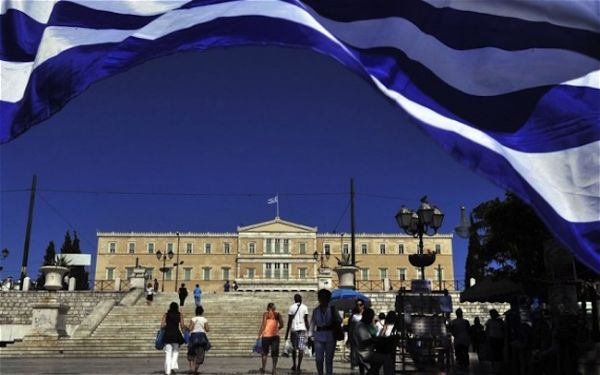 As the cradle of democracy, Greece knows better than most countries what politics is all about. Yet, for the last eight years, any discussions between lawmakers from the left and right there have been overshadowed by the country’s economic collapse, and the string of rescue programs put together by the European Union and International Monetary Fund.

Athens has been locked in permanent confrontation with its European partners, which culminated in the showdown of 2015 when Greece very nearly exited the euro after a dramatic referendum. Politicians of every persuasion had little room for maneuver, as economic policy was dictated by the “memoranda of understanding” with its financial rescuers, who imposed budget consolidation and structural reforms.

Greece left its third adjustment program in August, and it’s refreshing to feel a hint of a return to politics as usual ahead of next year’s general election. Politicians have largely stopped blaming Brussels, and seem more focused on what they might do for voters. The confrontation between Syriza, the left-wing governing party, and New Democracy, the center-right opposition that’s leading in the polls, is fierce. But it offers the impression of a country that’s longing for normality.

An improving economy helps. Greece’s gross domestic product is on course to expand by about 2 percent this year as exports start to pick up. Unemployment has finally fallen below 20 percent after peaking at nearly 30 percent in 2013. Of course, many companies remain reluctant to invest because of high taxes and a deteriorating business environment. Poverty levels remain intolerable. But there is a slight break from the endless woes — some self-inflicted — that marred the Greek economy for most of this decade.

The fiscal outlook is brighter too. Greek national debt still stands at nearly 180 percent of GDP. But the country is meeting the targets demanded by its creditors. The primary surplus in the first 10 months of this year stood at nearly 6.5 billion euros ($7.4 billion). That gives the government room to avoid more cuts and raise discretionary spending.

The political debate has shifted. Both Syriza and New Democracy now accept that Greece needs the confidence of its European partners and international investors. Brussels and Berlin are still blamed for deepening the crisis, but that’s no longer the main focus of Greek politicians. Their eyes are set on next year’s general election: a political battle that might define Greece’s economic model for years to come.

Alexis Tsipras, the prime minister who took Greece to the brink of a euro exit and then back, believes it’s time to help those left behind during the recession. Syriza pays lip service to helping companies, flouting a corporate tax cut from 29 percent to 25 percent over the next four years. But the party’s main interest lies elsewhere. It wants to beef up the public sector by hiring more workers in education and local government; restore collective wage bargaining; and increase the minimum wage, pensions and social benefits.

Syriza politicians dismiss New Democracy as “neoliberal” and incapable of repairing Greece’s torn social fabric. But they have a very sketchy record to defend. The last recession was largely self-caused, as Tsipras and his then finance minister Yanis Varoufakis insisted on confronting creditors. Greece has lost out on some of the best years of the European recovery. The comparison with Portugal — which grew by more than 12 percent between 2014 and 2017, while Greece stagnated — is brutal.

Domestic investors are desperate for change. Some moved to Bulgaria and Cyprus, attracted by lower taxes. Others point to the lack of progress on reform, as well as the attack on independent institutions such as the Bank of Greece. But for all New Democracy’s appeal to the richer classes, Syriza’s message still resonates with the poor. The incipient economic recovery could help Tsipras.

The country still faces formidable challenges, which will make governing hard for whoever has power. Nearly half the loans in the banking system are nonperforming, and bank shares have lost almost 50 percent of their value this year. The global economic slowdown could turn into recession by the time a new government came to power. That would make it much harder to maintain the promised primary surpluses and could create new tensions with the EU. Productivity is still well below pre-recession levels, as the brain drain sucks talent out of the country. Domestic consumption remains sluggish, after a dramatic drop in living standards.

But at least Greece appears ready to take its destiny back into its own hands. While this won’t be enough to succeed, any signs of hope are welcome.