Solidarity in euro zone should not lead to debt union: Merkel 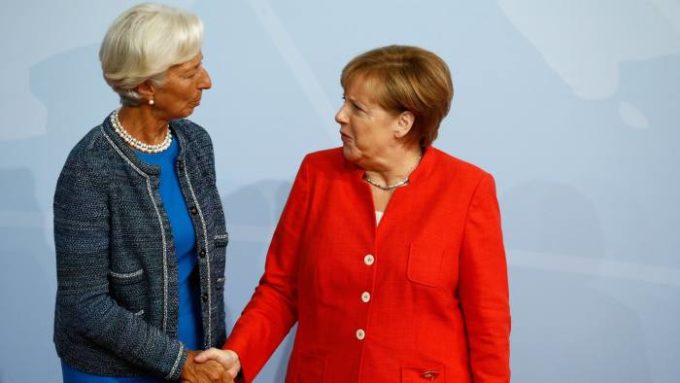 Merkel made the remarks in an interview with the Frankfurter Allgemeine Sonntagszeitung when asked about a media report that the anti-establishment 5-Star Movement and far-right League had planned to ask the European Central Bank to forgive 250 billion euros ($296 billion) of Italian debt.

She said that while solidarity among members of the single currency bloc was important that principle “should not lead to a debt union.”

An Italian governing coalition of two parties generally seen as hostile to the euro took power on Friday, calming markets that had been spooked by the possibility of a new election that might have effectively become a referendum on whether to leave the single currency.

“I will approach the new Italian government openly and work with it instead of speculating about it intentions,” Merkel told the paper in an interview to be published on Sunday.

Merkel congratulated Italian Prime Minister Giuseppe Conte in a phone call on Saturday and invited him for talks in Berlin, her office said.

Conte, a little-known 53-year-old law professor, was sworn in on Friday, ending three months of political deadlock in the wake of inconclusive March 4 elections.

Merkel said she was willing to discuss with the new Italian government ways to boost employment rates among young people in Italy. 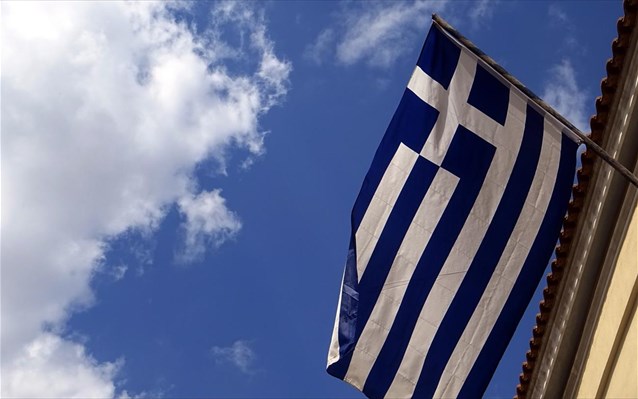 Greece’s euro-area creditors and the International Monetary Fund failed to resolve their differences over how to ease the country’s debt at a meeting held on the sidelines of the G7 meeting in Whistler, Canada, throwing into question the fund’s role just two months before the euro area’s final crisis-era bailout comes to an end.

The sides didn’t reach a compromise over the measures needed to ease Greece’s debt load, as the Washington-based IMF and euro-area governments led by Germany continue to disagree on the size and scope of relief necessary to ensure Athens can meet future obligations.

Officials said some progress was made in the meeting and talks between the two sides would continue next week. Still, with time running out, the persisting impasse raises questions about whether the fund will be able to activate its dormant credit line for Greece. While IMF cash isn’t needed, disbursing funds would signal to markets that the global financial institution deemed the country’s debt to be sustainable.

A decision by the IMF not to activate its lifeline for Greece would be a blow for countries like Germany and the Netherlands, which have sought the fund’s seal of approval as evidence that their medicine succeeded in putting the country’s finances on a viable footing. But the same countries have also been the most reluctant to grant greater debt relief and want it to be tied to strict conditions so that Athens doesn’t stray from its agreed budget path and economic overhauls.

With the disagreement persisting on debt, the euro-area will have to rush to reach a deal on multiple fronts if it intends to meet its goal of wrapping up Greek bailout talks by June 21, when finance minister are set to meet in Luxembourg.

A deal is also being sought on the level of scrutiny Greece will be under after it exits eight years of bailouts. A consensus has emerged on an “enhanced surveillance” regime, whereby Greece will be subject to close monitoring by its former bailout supervisors, and some debt measures will be tied to the country adhering to pre-agreed economic targets and overhauls.

While such a regime is stricter than the monitoring for countries like Ireland or Portugal, it is still short of a precautionary credit line, an option favored by the European Central Bank and Bank of Greece. A credit line would be a backstop in case Athens struggles with market access and, crucially, would let the nation’s banks retain their access to cheap ECB liquidity.

However, such an option is politically toxic for the government, which sees it as an extension of bailouts that required harsh austerity measures. Instead, the government in Athens and other creditors want to help the country build a cash buffer of about 20 billion euros ($23 billion) to cover financing needs for as long as 1 1/2 years after the bailout ends in August.

The Athens government hopes that this would ensure that Greece doesn’t find itself in a position where it struggles to meet payments falling due and will have enough time to return to the financial markets to refinance its debt obligations. 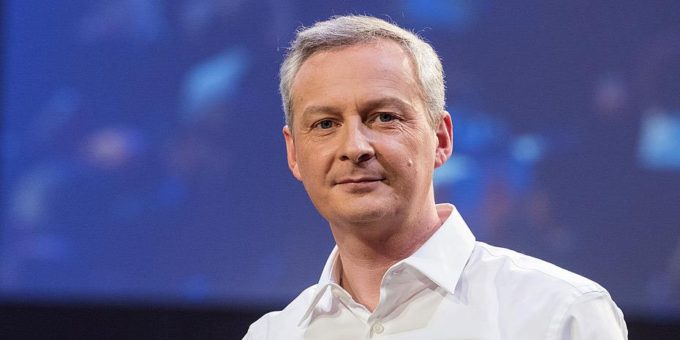 By Andrew Mayeda and Yuko Takeo 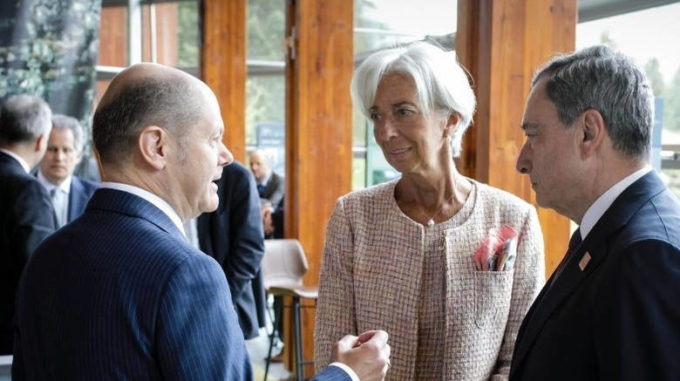 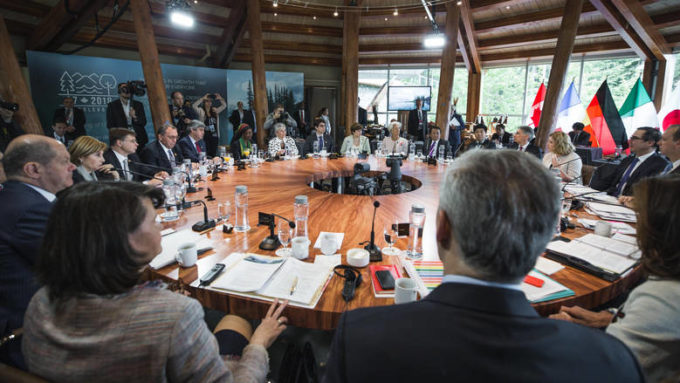 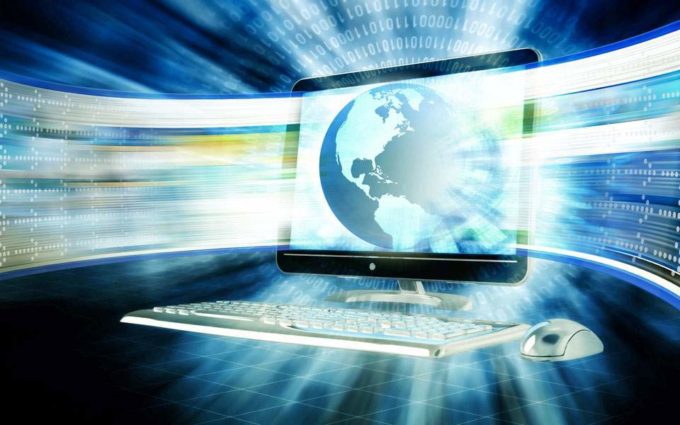 ‘Lazy Italians’ and ‘ugly Germans’: How the euro sows discord 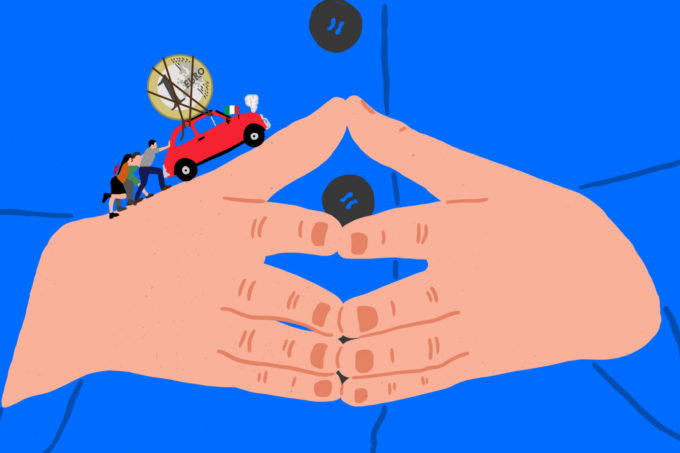 Italy this week offered Germans and all Europeans a lesson: The euro, which was meant to usher Europeans further along on their road to an “ever-closer union,” is instead increasingly dividing them. Instead of integration, divergence. Instead of harmony, discord. Instead of liberal democracy, populist rancor.

Listen to Matteo Salvini, leader of the right-wing League, one of the two populist parties that will form the next Italian government: “We have a basic principle,” he said. “Only Italians make decisions for Italy, not the Germans… A minister the Germans don’t like is exactly the right minister for us.” A colleague added that it was time “to free the country from the chains that Brussels and Berlin have put on our ankles.”

What, you might ask, did Germany even have to do with the events in Rome this week? Good question. Superficially, nothing. The Italians had run a campaign in which euro-zone politics barely featured. The winners were populists on the left and right, who tried to form an incoherent government with economic policies that would have blown the euro zone apart. When the populists nominated a euro-hater as finance minister, Italy’s president refused. Now the government will be formed with a slightly different cabinet.

Below the surface, however, Germany has a lot to do with Italy’s political crisis. That’s because Germany represents the opposite of the ideas that, more or less, unite the southern euro area, from Greece to France and Italy. Whereas the south demands “solidarity,” Germany fears a “transfer union,”in which northern money permanently subsidizes bad loans and fiscal licentiousness in the south. Where the south clamors for stimulus, Germany demands austerity. Where the south wants fiscal discretion, Germany insists on strict Ordoliberal rules.

These are not philosophies that can be reconciled in the long run, no matter how much Angela Merkel fudges in the short run. Instead, these cultural narratives force Europeans to metamorphose into the worst stereotypes others have of them. Germans become “more German,” Italians “more Italian.”

Thus Germans imagine southerners as dissolute and unreliable deadbeats. Der Spiegel ran a story titled “The moochers of Rome” this week. Southerners, meanwhile, resent the finger-pointing, rules-obsessed Germans who presume to lecture them. They pounce on any hint of hypocrisy, which Germany often provides by breaching EU rules.

This psychological chasm dooms the (southern-flavored) proposals by Emmanuel Macron for reforming the eurozone. The northern countries simply won’t stand for it. But the absence of such reforms also dooms the euro zone to another crisis, and then another, and another.

The time has come for supporters, not opponents, of the European idea to contemplate loosening, and even shrinking, the euro zone. Member countries that decide being in the euro club is against their economic interests or philosophies should have a way, temporarily or permanently, to return to a national currency without jeopardizing the entire euro zone. Meanwhile, European integration in other areas — security, foreign and defense policy, for example — should proceed irrespective of how the euro zone develops.

The idea of European integration was born in the rubble of World War II and has without any doubt grown into the greatest peace project in human history. No part of it, including the subordinate question of a common currency, must be allowed to sabotage that bigger idea, and to turn a peace project into a conflict machine.