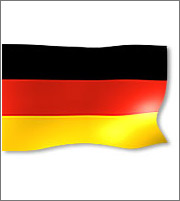 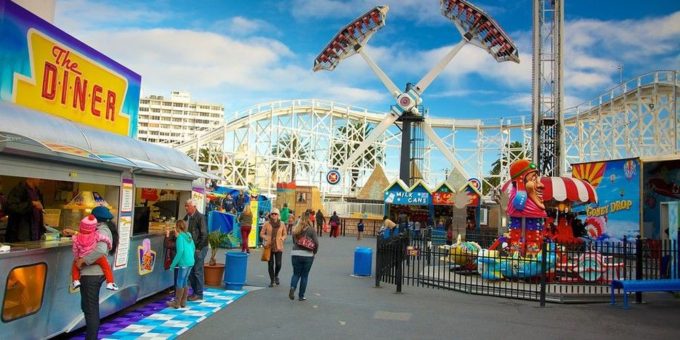 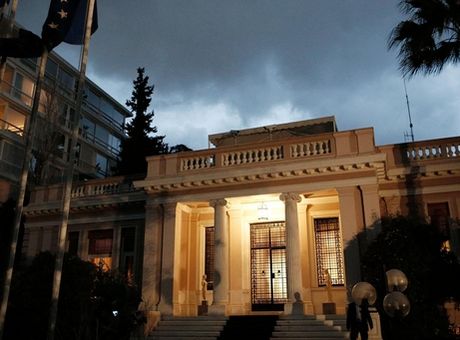 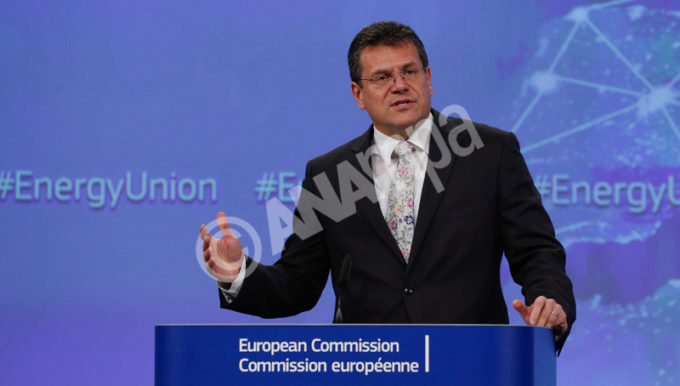 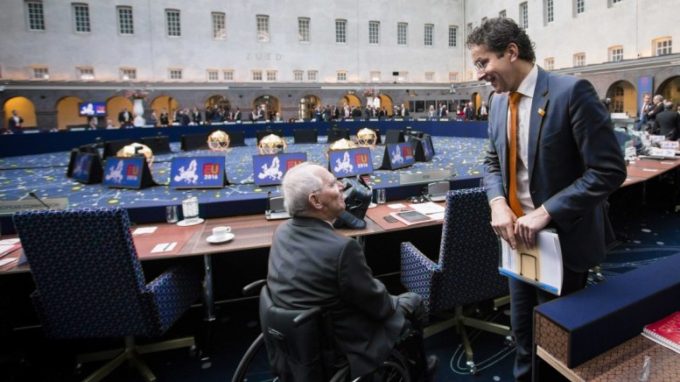 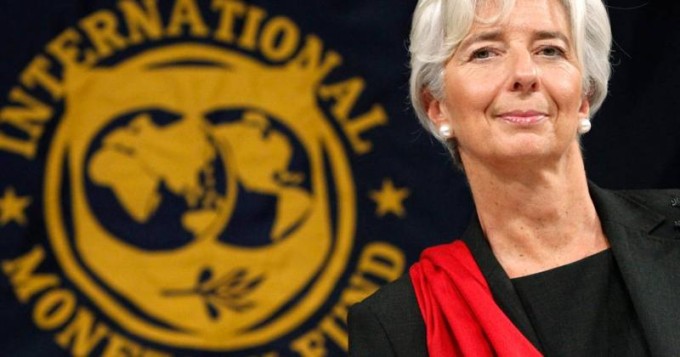 Is Greece destined to grow? 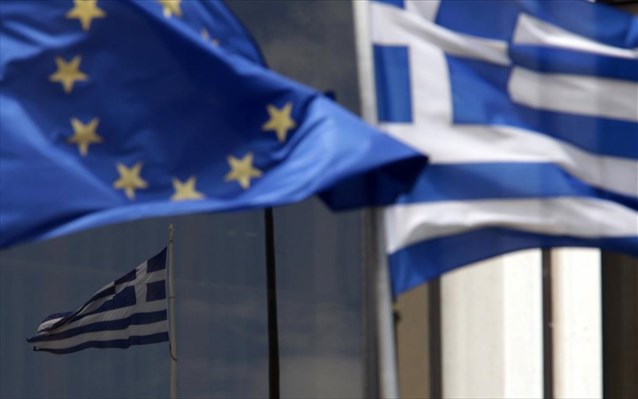 Is Greece destined to grow?Greece’s pre-crisis growth model was clearly unsustainable. It was characterised by widespread state control, inefficient public administration, corruption, excessive increases in public sector employment and wages, large increases in private sector wages well over productivity growth, and insufficient structural reforms. This model led to very unfavourable business conditions, which was reflected in Greece being ranked 108th out of 181 countries in the World Bank’s Ease of doing business indicator in 2008. Major vulnerabilities emerged, such as the -16.5% GDP current account balance in 2008, the -74 % of GDP net international investment position and the huge budget deficit and public debt. In 2008, the budget deficit was 10 % of GDP, which increased to 15% in 2009, by far the largest values in the EU, despite that economic contraction in these two years was not particularly large in Greece (GDP growth was -0.4% in 2008 and -4.4% in 2009). Public debt climbed to 127 % of GDP in 2009 and was on an exploding path. Clearly, the Greek crisis which erupted from late 2009 onwards was self-inflicted.

After 2010 the collapse of the Greek economy accelerated. GDP fell much more than was foreseen in the adjustment programmes (Figure 1). The big question is whether all of this collapse was inevitable given the unsustainable character of the pre-crisis growth model of Greece, or if the two Troika programmes exacerbated the output fall. In my assessment, some elements of the programmes worsened the situation  (as I argued here), but instead of elaborating what went wrong, let me focus on the economic adjustments of the past five years, in comparison to Cyprus, Portugal, Spain and Germany. In some aspects Greece has improved a lot[expander_maker more=”Διαβάστε περισσότερα” less=”Διαβάστε λιγότερα”]In the ease of doing business indicator, Greece’s ranking has risen from 108th in the world in 2008, to 62nd in 2015 (Figure 2). Greece has made significant progress, but there is still a long way to go.

Source: World Bank. Note: 1=most business-friendly regulations. Data from 153 countries in 2006, and 189 countries in 2015. Cypriot data was reclassified in 2014 and therefore we do not show earlier values.

According to the OECD, labour markets are now more flexible in Greece than in Germany, concerning regular contracts (Panel A of Figure 3), which account for 73% of Greek employment. There has been some easing in the regulations for temporary labour contracts too (Panel B of Figure 3). Source: OECD. Note: for regular contracts, version 2 of the indicator is used, while for temporary contracts version 1 (in the absence of version 2). Version 3 is available for both indicators, but only for 2008-2013.

There has been a sizeable adjustment in unit labour costs (ULC) in Greece, though not all pre-crisis divergences have been corrected (Figure 4). Unit labour costs matter: as I indicated here, there is a quite close association between ULC-based real exchange rates and export performance. This was true especially before the crisis (when Greece fit very close to the regression line), though the association has become somewhat weaker in the post-2008 period, when Greece is an outlier: exports have not grown as much as the relationship would have predicted. Figure 5 shows export developments separately for goods and services: at current prices, goods exports developed almost the same way as goods exports from Germany, Portugal and Spain (panel A of Figure 5) – in fact, Greece even did slightly better. This is very good news. The bad news is that Greek (and also Cypriot) services exports underperformed compared to Germany, Portugal and Spain (Panel B of Figure 5). The Bank of Greece (see page 65)concluded that weaknesses in exports of services were primarily related the prospect of Grexit, in particular the negative impact of uncertainty on tourism, and the decline in the international freight market on shipping. While there is some good news about Greek goods export dynamics, our evaluation must be nuanced, for three reasons:

· Second, the composition of goods exports shows that the category “Mineral fuels, lubricants and related materials” is the primary driver of export growth (Figure 6), an industry which is characterised by low value added. While this category recorded the fastest growth in Germany and Spain too, in these two countries export growth is much more broad-based than in Greece. Böwer, Michou and Ungerer (2014) also conclude that weak institutions can explain much of the missing Greek exports puzzle. This implies that continued structural reforms should significantly boost exports.

The benefits of further reforms for GDP growth are highlighted by the calculations of Varga and in’t Veld (2014), who found that by closing half of the gap in structural reform indicators relative to 3 best performers, Greek GDP would rise 4% in 5 years and 18% in 20 years.

Clearly, despite progress with some of structural reforms in Greece in the past five years, there continue to be major obstacles to growth, like the complexity of regulatory procedures, enforcing contracts, state control, barriers to FDI and trade facilitation, and so on. Addressing these obstacles is difficult, yet their presence also implies that their elimination offers the prospect of growth. Finally, let me note that following a dramatic collapse in employment, whereby far fewer people are employed in Greece (and also in Portugal) now than in 2000, job creation has resumed since early 2014 (Figure 9). This implies that the economy may have hit bottom in 2013 and absent suppressing factors like the uncertainty about Greek membership in the euro

area and financial obstacles, the economy may rebound from its depressed state. Is Greece destined to grow? If a comprehensive and credible agreement is reached with the creditors and reforms continue, then my answer is yes, for the following reasons:

And if there is no agreement at all, then Greece will likely exit the euro area, which would lead, in my view, to further major falls in GDP, unemployment increases and paradoxically to fiscal tightening. Tax revenues would plummet due to collapsing GDP, and therefore even if the Greek government completely stopped servicing its debt, revenues would not be sufficient to maintain current expenditures. For lenders, a Grexit would likely mean writing down official loans to Greece and ECB lending to Greek banks. A Grexit would also make the euro area more vulnerable: whenever public finances of another government would come under stress, markets may also bet that country will exit the euro area as well.

The time has now come to find a wise and fair agreement. 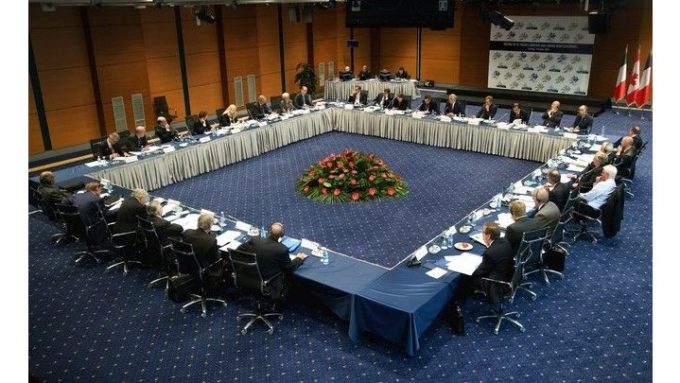