European banks are using new international accounting standards to help sell billions of dollars of bad loans left over from the financial crisis without declaring losses, despite selling the debt for a fraction of its face value.

The trend is especially true in Italy, where banks have some of the highest bad loan levels in the European Union.

European banks are under pressure from regulators to dispose of nonperforming loans, some stretching back 10 to 20 years.

A shift in accounting standards means that they can sell off the old loans without declaring an accounting loss or clobbering their regulatory capital, allowing Italian and Greek banks in particular to cleanse their balance sheets of old problems.

“The important point isn’t the absolute volume of bad debts but the difference between bad debt provisioning and the market value of these debts,” Filippo Alloatti, a senior credit analyst at Hermes Investment Management, told Bloomberg Tax by phone. Provisioning is the amount banks set aside for loans that won’t be repaid.

Some banks sold off their old loan portfolios to outside investors for a discounted amount that reflects the expected losses. However, in some cases, especially in Italy, outside investors proved willing to pay less for the loans than their accounting valuation, Alloatti said.

Before the International Accounting Standards Board’s International Financial Reporting Standard 9 took effect at the beginning of 2018, the difference had to be written off by the banks if they sold the loans. That hurt both profits and capital.

“There was a substantial difference between what we paid for the debts and what they were valued at on Intesa’s balance sheet,” Thomas Moss, Intrum’s Group Business Control and Investor Relations Director, told Bloomberg Tax by phone.

The debt sold for around 25 cents to the dollar, Moss said. Without the change in accounting standards, Intesa would have had to declare a loss, and taken an immediate capital hit.

IFRS 9, at the start of the year, changed the way that banks account for bad loans.

The standard arose out of investor and public complaints that banks didn’t disclose looming loan problems in the run up to the 2008-09 financial crisis.

As a result of the changes, banks must now disclose expected future losses on their balance sheets rather than just report historical default rates.

This accounting change can increase the level of bad loans declared by banks and, to avoid an hit on their results, banks were allowed to make a one-off adjustment to their bad debt levels through reserves at the start of this year, rather than knocking the increase off their profits, Jessica Taurae, senior technical partner at PricewaterhouseCoopers LLP, told Bloomberg Tax by phone.

“That means that profits aren’t affected if banks increase their debt provisioning,” Taurae said. “However, capital will be reduced, which could cause banks to breach regulatory limits.”

“Any reduction to capital can be phased in over five years—just 5 percent has to be realized in 2018,” Taurae said.

The bottom line is that it allows European banks to avoid an immediate profit hit from selling loans.

The IFRS adjustment period means that banks can write down their old debts to market value without hurting results or capital levels. This has fed a series of big debt sales over the past year.

At the start of this year, Intesa had increased its bad loan provisioning by 3.1 billion euros and UniCredit S.p.A by 2.9 billion euros, Andrew Fraser, head of financial credit research at Aberdeen Standard Investments, told Bloomberg tax by phone.

Similarly, in Greece, where non-performing loans (NPLs) account for more than 45 percent of the total of all bank loans, National Bank of Greece S.A., Piraeus A.E. , and Alpha Bank S.A. have said that they plan to sell bad loans worth more than 11 billion euros combined in 2018, Fraser said.

Alpha and Piraeus are increasing their provisioning by around 1 billion euros.

That largely helps explain the rush to exploit IFRS 9 in Italy, which had been slower to deal with the legacy of the financial crisis than other European countries.

In Italy, NPLs accounted for 10.8 percent of total loans at the end of March 2018, Fraser said.

That compares to just 1.5 percent in the U.K. and 4.5 percent in Spain—countries that were also hit hard by the financial crisis.

Several U.K. financial institutions contacted by Bloomberg Tax declined to comment on how they might make use of the bad loan provisions allowed under IFRS 9.

“Spain created a bad debt bank five years ago to buy up the NPLs,” Alloatti said.

Italy didn’t and would have found it hard to create a state-backed institution to buy non-performing loans, as they might have been added to the country’s already vast public debt, he said.

Pressure from European regulators meant that banks had already started to sell off bad loans aggressively even before the introduction of IFRS 9 at the start of this year.

For example, they created a state-backed scheme to securitize bad-debt sales and streamlined the notoriously slow system for reclaiming loan collateral such as property. “Before this it would take 10 years, even 20 years in the south of Italy, to reclaim property,” Alloatti said.

According to Deloitte LLP’s U.K. affiliate, debt sales surged to 144 billion euros in 2017, up from 107 billion euros the previous year.

Much of the value was accounted for by a handful of big deals, Deloitte said, with Italy’s Banca Monte dei Paschi di Siena using the government securitization scheme to sell a portfolio worth 27 billion euros.

In Greece, banks have used IFRS 9 to help increase provisioning to a level where it now covers NPLs worth close to 50 percent of total loans.

Alpha would not comment publicly, but professed that its provisioning is now sufficiently complete for it to book a profit on recent debt sales.

For example, after increasing its debt provisioning by 1 billion euros when IFRS 9 was introduced, Alpha sold 3.7 billion euros of bad loans to Norway’s B2Holding Group in March for just 4.5 percent of their face value.

That was higher than the loans’ balance sheet value, allowing Alpha to claim a small profit on the sale. 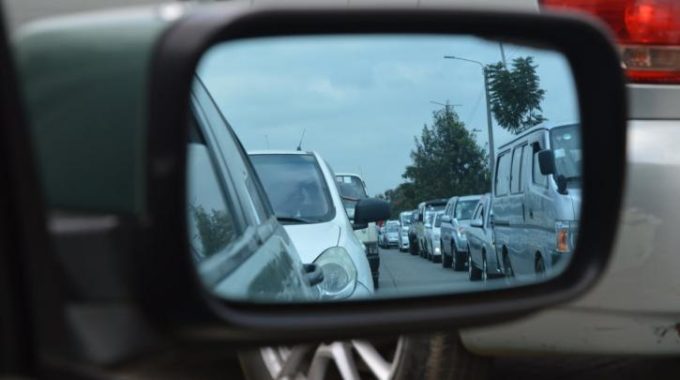